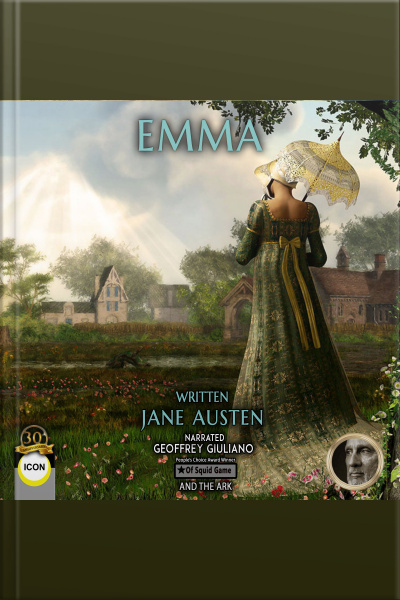 Emma, is a novel about youthful hubris and romantic misunderstandings. It is set in the fictional country village of Highbury and the surrounding estates of Hartfield, Randalls and Donwell Abbey, and involves the relationships among people from a small number of families. The novel was first published in December 1815, with its title page listing a publication date of 1816. As in her other novels, Austen explores the concerns and difficulties of genteel women living in Georgian–Regency England. Emma is a comedy of manners, and depicts issues of marriage, sex, age, and social status.

Before she began the novel, Austen wrote, "I am going to take a heroine whom no one but myself will much like." In the first sentence, she introduces the title character as "Emma Woodhouse, handsome, clever, and rich, with a comfortable home and a happy disposition... had lived nearly twenty-one years in the world with very little to distress or vex her." Emma is spoiled, headstrong, and self-satisfied; she greatly overestimates her own matchmaking abilities; she is blind to the dangers of meddling in other people's lives; and her imagination and perceptions often lead her astray.

Emma, written after Austen's move to Chawton, was her last novel to be published during her lifetime, while Persuasion, the last complete novel Austen wrote, was published posthumously.

The novel has been adapted for a number of films, television programmes and stage plays.

Jane Austen was an English novelist known primarily for her six major novels, which interpret, critique, and comment upon the British landed gentry at the end of the 18th century. Austen's plots often explore the dependence of women on marriage in the pursuit of favorable social standing and economic security. Her works critique the novels of sensibility of the second half of the 18th century and are part of the transition to 19th-century literary realism.