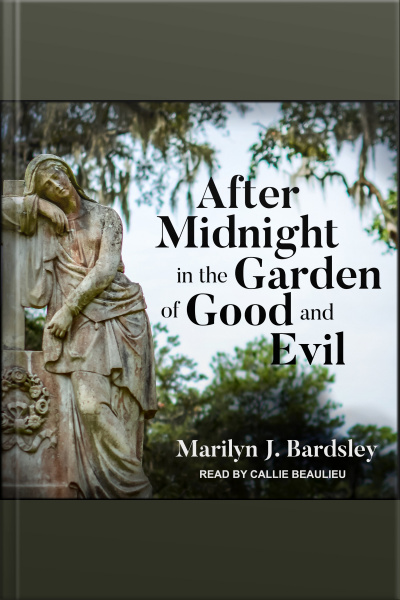 After Midnight in the Garden of Good and Evil

As a premier antiques dealer in Savannah, Jim Williams had it all: style, culture, charisma, and sophistication. But three decades of hard work came crashing down the night he shot Danny Hansford, his wild young lover. Jim Williams stood trial four times over the next decade for premeditated murder.

While Clint Eastwood's movie — starring Kevin Spacey and Jude Law — and the audiobook Midnight in the Garden of Good and Evil by John Berendt portrayed the natives of Savannah as remarkably decadent, exotic characters, they missed the surprising dark side of Jim Williams himself. He was a smooth predator whose crimes could have put him behind bars long before the death of Danny Hansford.

After Midnight in the Garden of Good and Evil is Marilyn Bardsley's continuation of the story, which includes crucial testimony recreating the courtroom drama between a gifted prosecutor and a brilliant defense attorney as they battle over the future of a self-made aristocrat. Revealing insider interviews bring new life to the vivid cast of characters in this unique southern crime story.