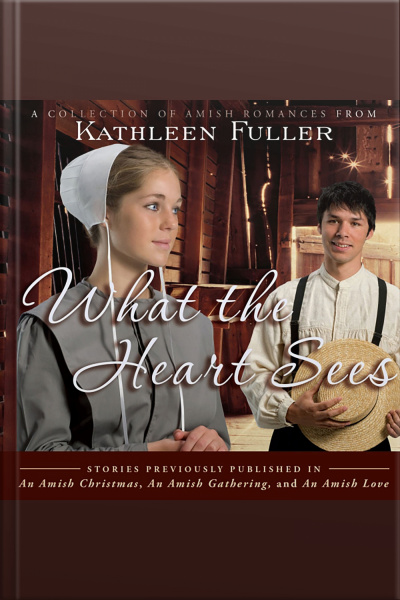 What the Heart Sees A Collection of Amish Romances

Some believe in love at first sight. But lasting love is most clearly seen with the heart. A Miracle for Miriam: Miriam forgave Seth for humiliating her when they were children on the schoolyard, but since then, she's guarded her heart. Years later, Miriam sees him at a Christmas party and notices something has changed-not just how he acts, but how he looks. When Seth pursues her, she rebuffs him. She's not that foolish love-struck girl anymore. But Seth is intent on convincing her that he's worth a second chance. A Place of His Own: When Josiah left Paradise the first time, he didn't even say good-bye. Now he's back, ten years later, and he's changed. Why is Josiah so distant and bitter? Where is the boy who used to be her best friend? Amanda is learning that there are things even a capable Amish girl can't fix. But can she just stand there and let him disappear again? What the Heart Sees: Ellie Chupp is resigned to never love again after she loses her sight in an accident. Christopher Miller has returned home, five years after a tragedy took the life of his fiancée. When Ellie and Chris meet again, their attraction is undeniable. But the possibility of loving another person again is terrifying. By letting go of the past and their fears of the future, old friends remind each other that what matters most is invisible to the eye.